"Des Moines is the capital of the state; there, the Legislature convenes and the laws of the state are enacted; there the Supreme Court holds its principal sessions. . .The opportunity for observation and the gaining of valuable information, not otherwise attainable, is as complete and entire as is possible."
— Chester C. Cole, The Iowa College of Law, 9 W. Jurist 451, 452 (1875).

Student Practice in the Capital City: Click on the Tabs Below 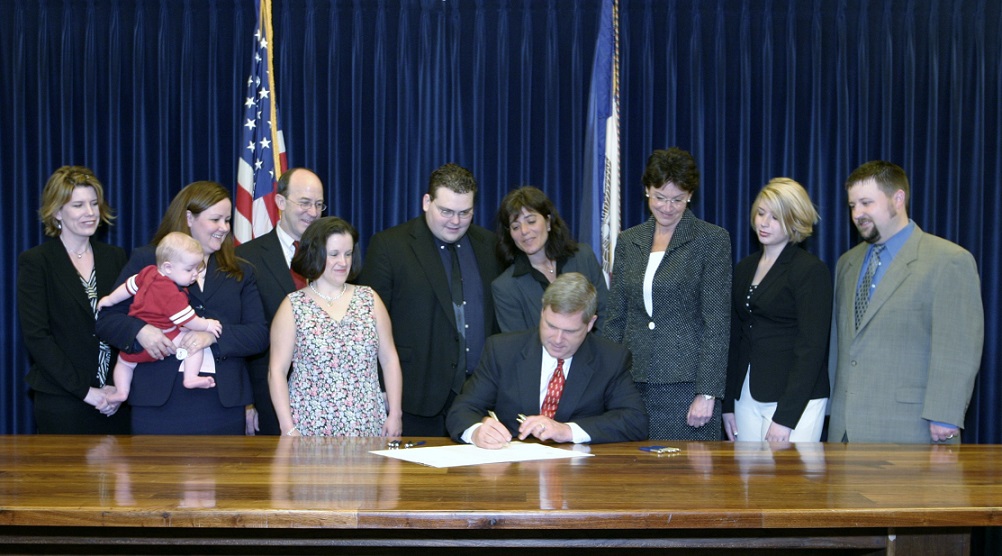 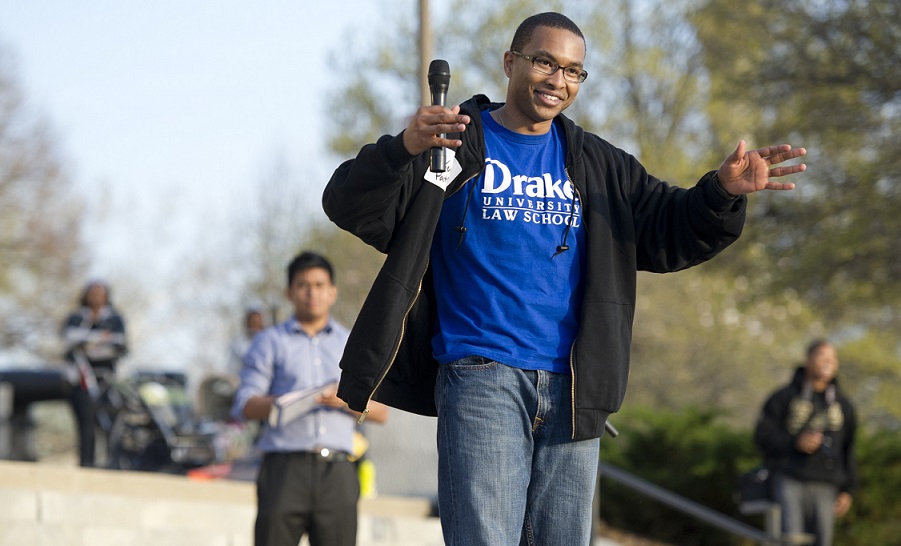 Then Drake Law Student Kevin Patrick (LW 2012) speaks at the 2012 rally at the Capitol he organized to protest stand-your-ground gun laws.

Other examples of recent issue advocacy include the Sustainability and the Law course, wherein students develop local law proposals, such as the ordinance recently adopted by the city of Des Moines establishing a pilot food truck program, and efforts led by the Agricultural Law Center to increase awareness of locally grown produce and land conservation. 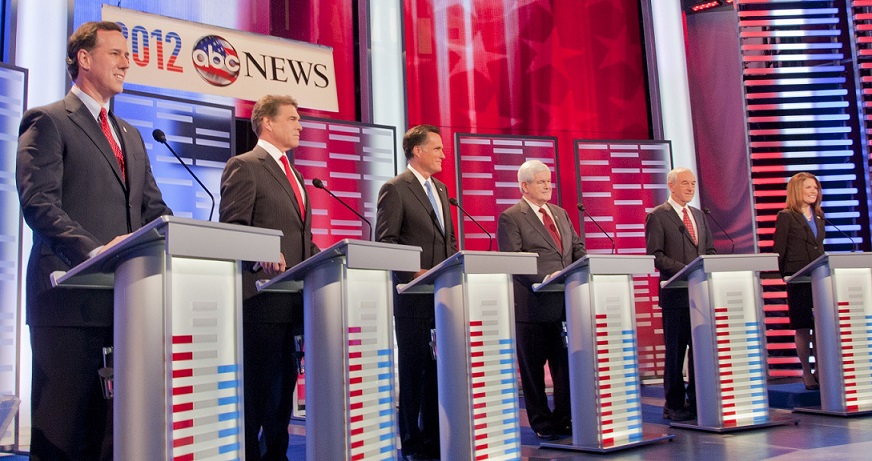 Drake hosted one of the Republican Primary Debates just before the 2012 Iowa Caucuses. Being the first state to help select each party's presidential nominee, and through a caucus rather than a primary, means candidates typically visit Iowa multiple times during the run-up to the election. This provides Drake students an intimate view of the political process and ample opportunities for meaningful participation in our democracy.

Grundy's opportunity arose due to her participation in the Law School's Advanced Criminal Appellate Clinic in association with the State Appellate Defender's Office. Other students who have argued before the Iowa Supreme Court in recent years include 3L Austin Mauw, Samuel Berbano (LW 2013), Leslie Behaunek (LW 2012), and Cory McAnelly (LW 2011).

All Drake Law students begin their studies with an intimate look at the judiciary with Iowa Supreme Court Justices taking them through the Iowa Judicial Branch Building and discussing their work. Later in the year Iowa Supreme Court Chief Justice Mark Cady (LW 1978) speaks to the first-year class about courts and professionalism and U.S. District Court Judge Mark Bennett (LW 1975) speaks to the class about effective appellate advocacy.

Each spring during Supreme Court Week, small groups of students have breakfast with the Iowa Supreme Court Justices before the court hears arguments in the Legal Clinic Courtroom.  Immediately following the arguments, the justices adjourn and take questions from students. 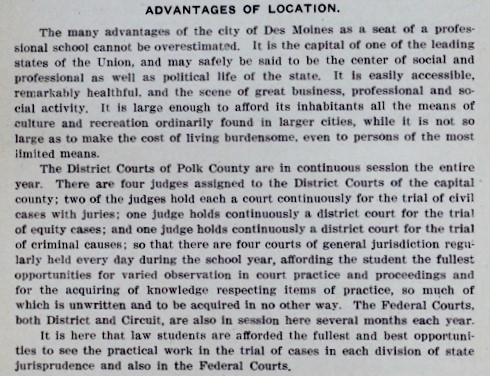 The advantages of Des Moines have been touted since the beginning. In the past few years, Des Moines has been recognized as one of the top U.S. cities for business and careers, economic strength, raising a family, young professionals, foodies, and more.

Check out Des Moines' opportunities and accolades beyond 2015: