Law students have found determination goes a long way to achieving success, as noted in the April 1886 issue of the Drake campus paper, then called The Delphic: "[T]he law class comes to the front with bright hopes for the last term of the year. The members all say that they are going to be strangers to Spring fever, and court success until they win glory."

Drake Law School has a history of success in moot court, mock trial, client counseling, and other legal competitions. That success continues in the present day. For instance, the 2014-15 National Moot Court team placed at nationals for both overall performance and the quality of their brief, Drake advanced to nationals in mock trial after the two 2014-15 Drake AAJ Mock Trial teams met each other in the regional finals (for the second time in four years), and the 2014-2015 Arbitration team won the regional competition. The prior year also saw success for a variety of moot court, client counseling and negotiations teams, as well as for mock trial. Just a few of the school's earlier successes are highlighted below. 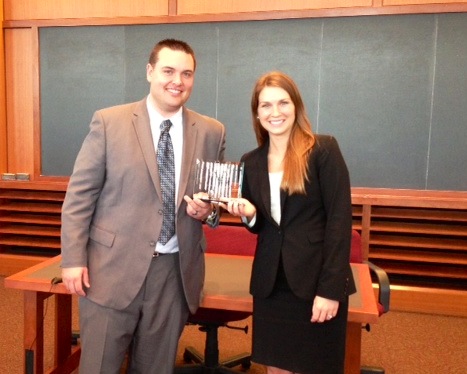 In 2013, (L-R) Nathan J. Borland (LW 2013) and Katheryn Pearson Thorson (LW 2013) won the American Bar Association's National Client Counseling Competition and represented the U.S. at the international competition at the University of Glasgow. 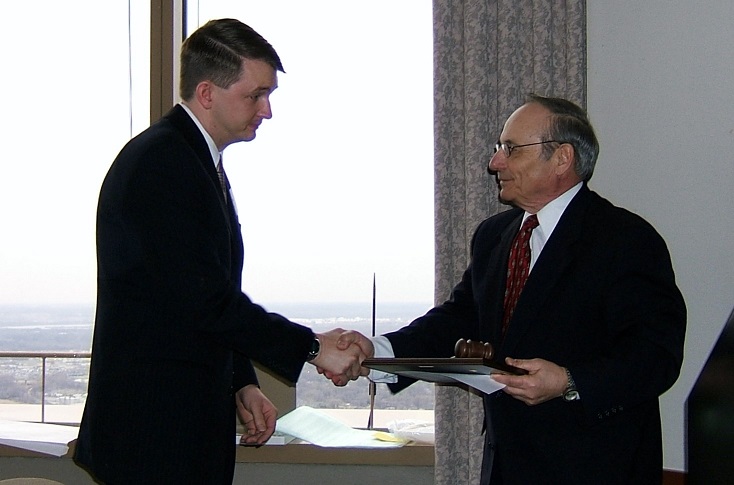 Iowa Supreme Court Chief Justice Louis Lavorato (LA 1959, LW 1962) presents an award to Matthew Eslick (LA 2002, LW 2005) at the 2005 Moot Court banquet. That year the Drake National Moot Court team of Eslick, Anna Wholey (LW 2006) and Dan Anderson (LW 2006) finished second in the nation. Eslick was named the second best oralist in the final round of competition. The same year the Drake Environmental Moot Court team advanced to the quarterfinal round of the national tournament. 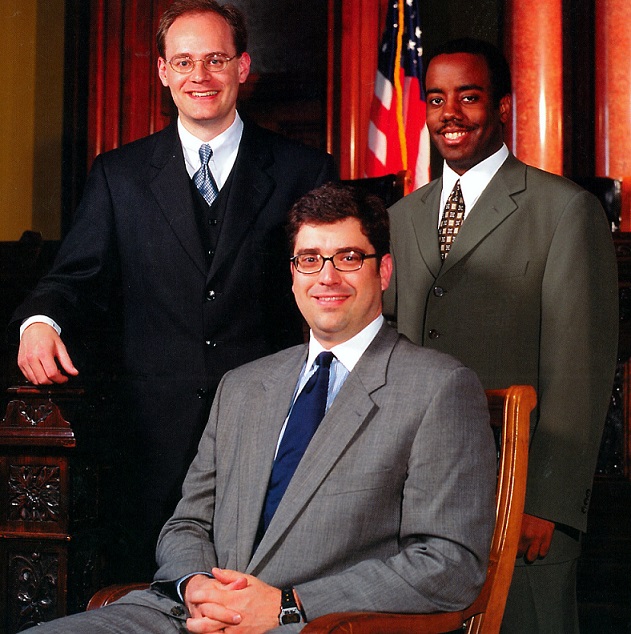 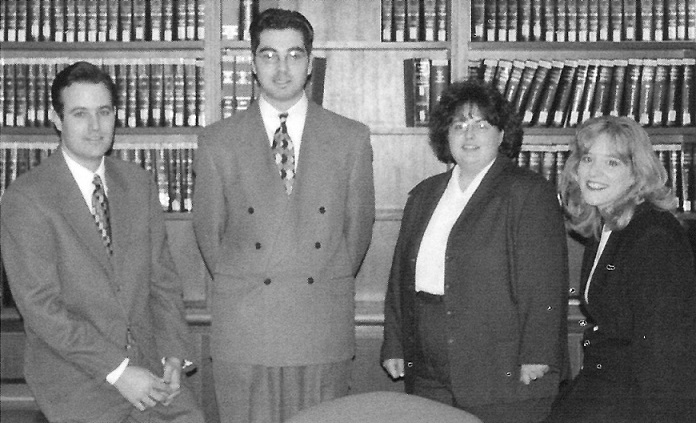 Drake Law student organizations have also earned recognition for their leadership and service activities, as illustrated by the photos below. Drake law students have publication opportunities through the school's two well-regarded student publications, the Drake Journal of Agricultural Law and the Drake Law Review, but have also won writing competitions and published full-length law review articles. 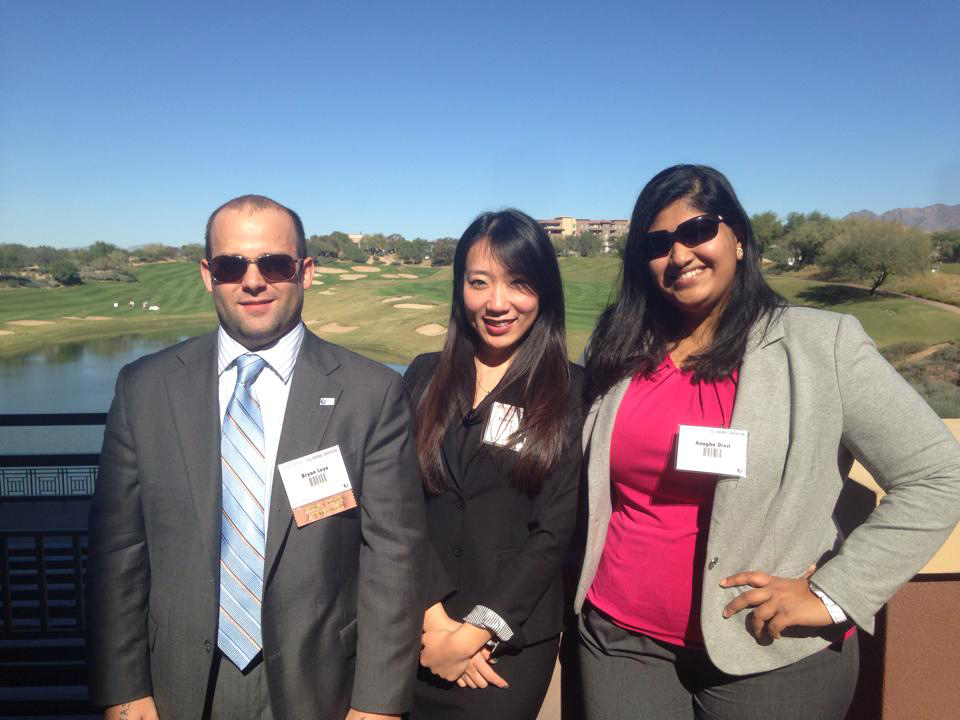 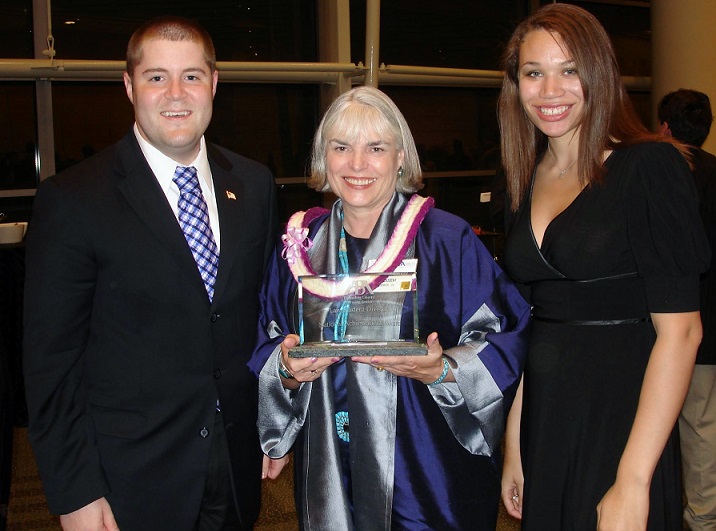 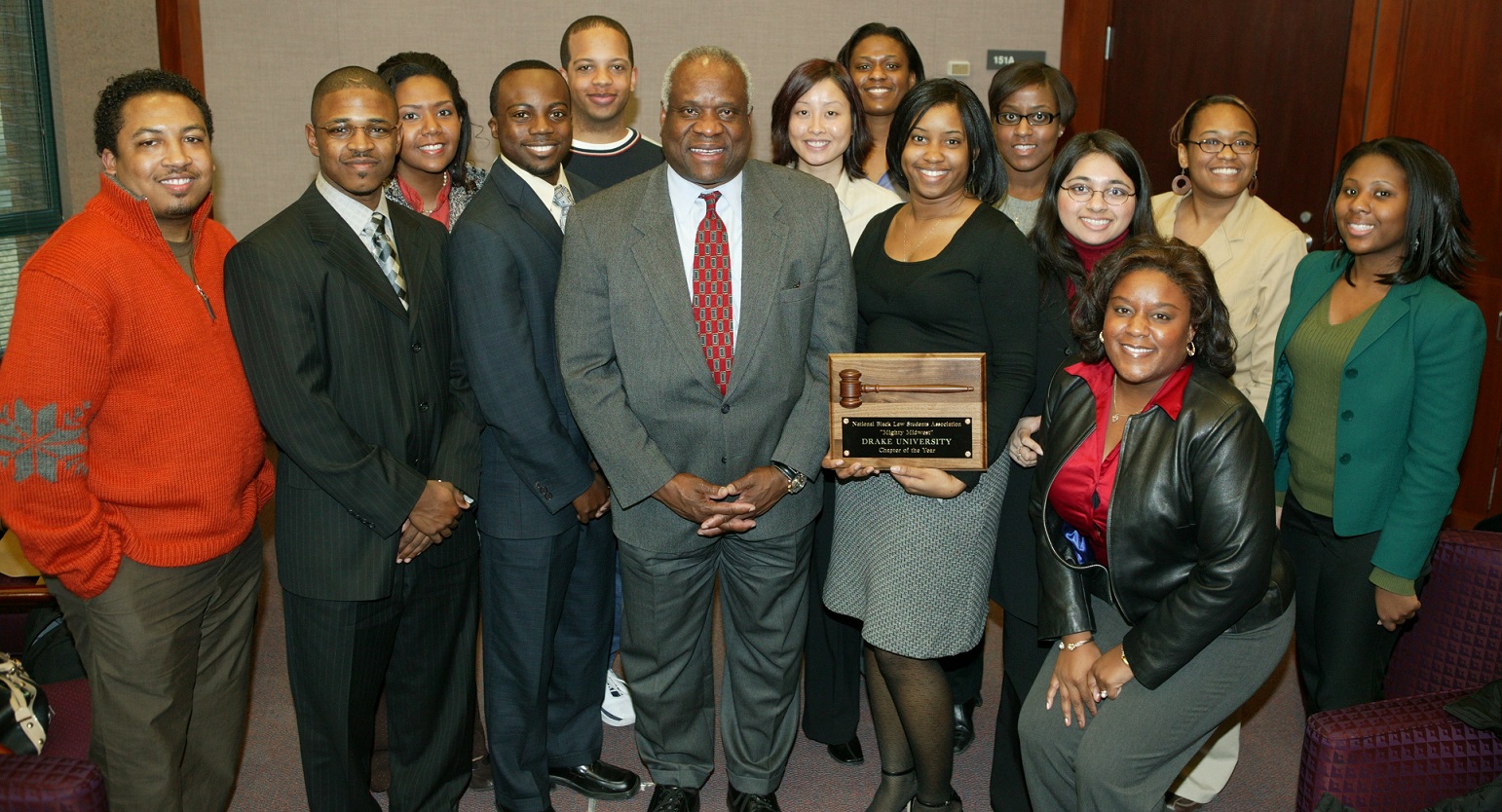 In 2006, the Drake Black Law Student Association (BLSA) chapter was named Chapter of the Year at the Midwest Regional Convention. In the photo above, United States Supreme Court Justice Clarence Thomas visits with Drake BLSA students, who display their award. Justice Thomas was at the law school as distinguished jurist in residence, wherein he taught a week-long Supreme Court seminar and met informally with students, faculty, and staff. 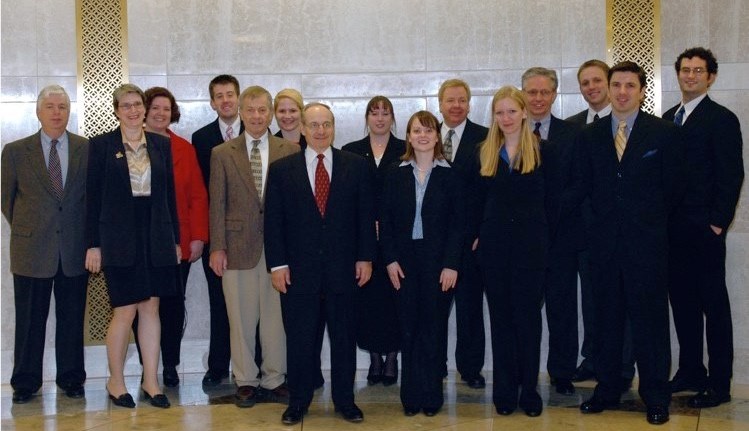 In 2005, a group of Drake 1Ls wrote the current Iowa Lawyer's Oath as part of the school's Academic Success Program, taught by U.S. Magistrate Judge Celeste Bremer. The students presented their proposal for a new oath to both the Iowa State Bar Association Board of Governors and the Iowa Supreme Court. Here, some of the students who presented to the Iowa Supreme Court are pictured with five of the justices and Judge Bremer. 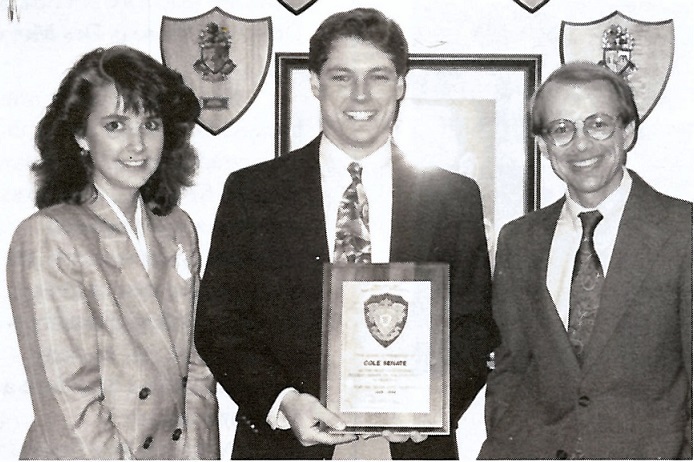 Delta Theta Phi legal fraternity (the Delts) has been a Drake institution since 1921. The chapter attracts many students and has also won national recognition multiple times. This photo pictures 1991-92 Delt Dean Julia Stevenson (LW 1992), 1990-91 Delt Dean Mark Fiorentino (LW 1992), and Delt adviser James Albert with the chapter's 1991 award for the most outstanding student senate in the country.

Although this guide only covers Drake Law's first 150 years, more recent student successes can be found in the Law School's news releases.