In 1868, the Iowa Supreme Court rendered one of its great civil rights decisions in Clark v. Board of Directors (24 Iowa 266). Susan Clark, a 12-year-old African-American, was not allowed to attend the school in her Muscatine neighborhood because it was for whites only. The Iowa Supreme Court held that racial segregation of the public schools was unconstitutional under the Natural Rights/Equality Clause of the Iowa Constitution’s Bill of Rights (1857 version). This courageous decision, authored by one of Drake Law School's founders, Justice Chester Cole, preceded both the ratification of the 14th Amendment to the U.S. Constitution and the November election in which Iowa voters passed the amendments to the Iowa Constitution deleting racial designations and granting blacks the right to vote.

This digital display provides additional information about this decision and its sesquicentennial celebration.

The Clark decision positioned Iowa as a leading voice for school desegregation and the constitutional right of universal education. Brown vs. Board of Education of Topeka, the unanimous U.S. Supreme Court decision that ended legal segregation of public schools, did not occur for another 86 years.

In the Brown opinion, Chief Justice Earl Warren writes, "We conclude that, in the field of public education, the doctrine of "separate but equal" has no place. Separate educational facilities are inherently unequal." 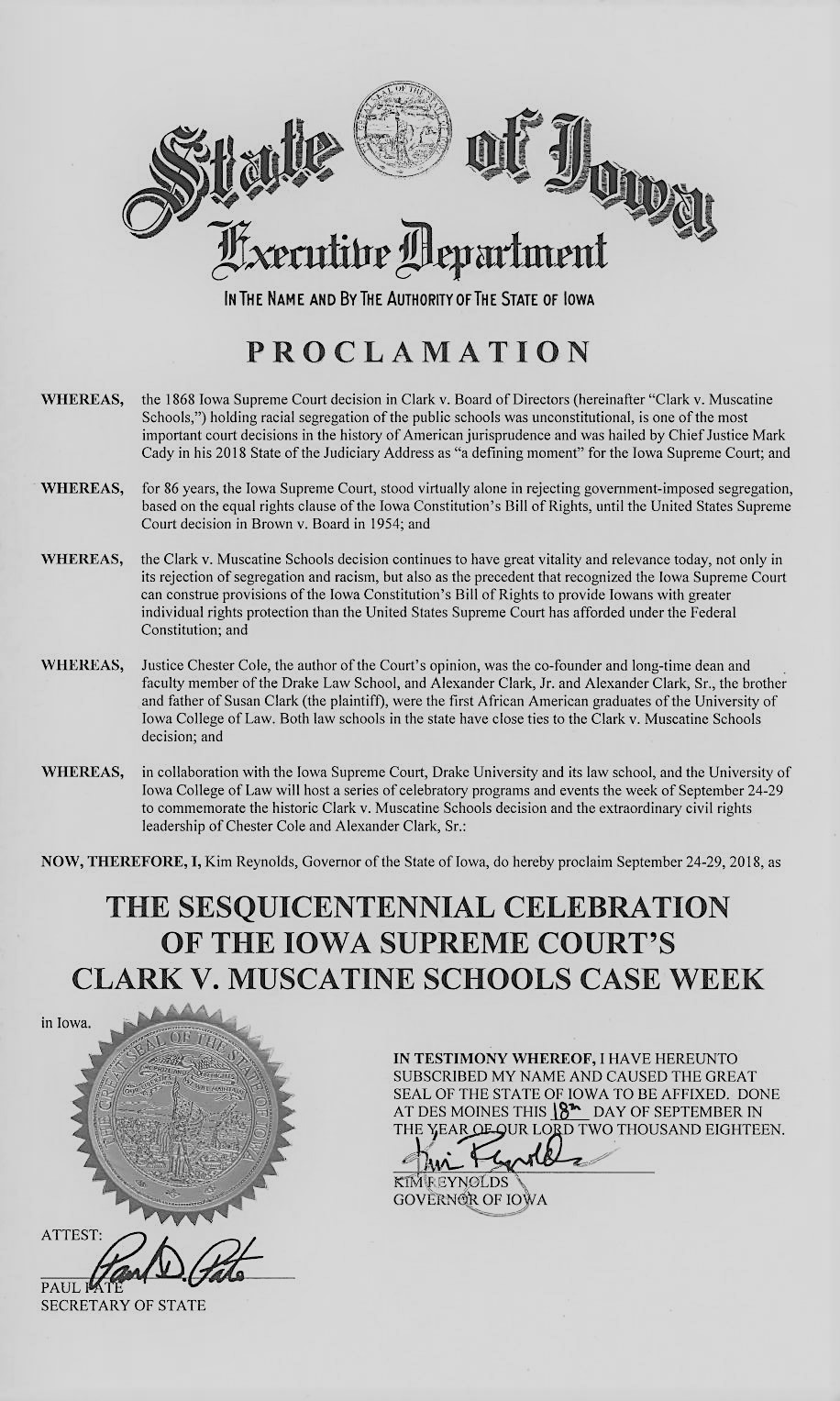 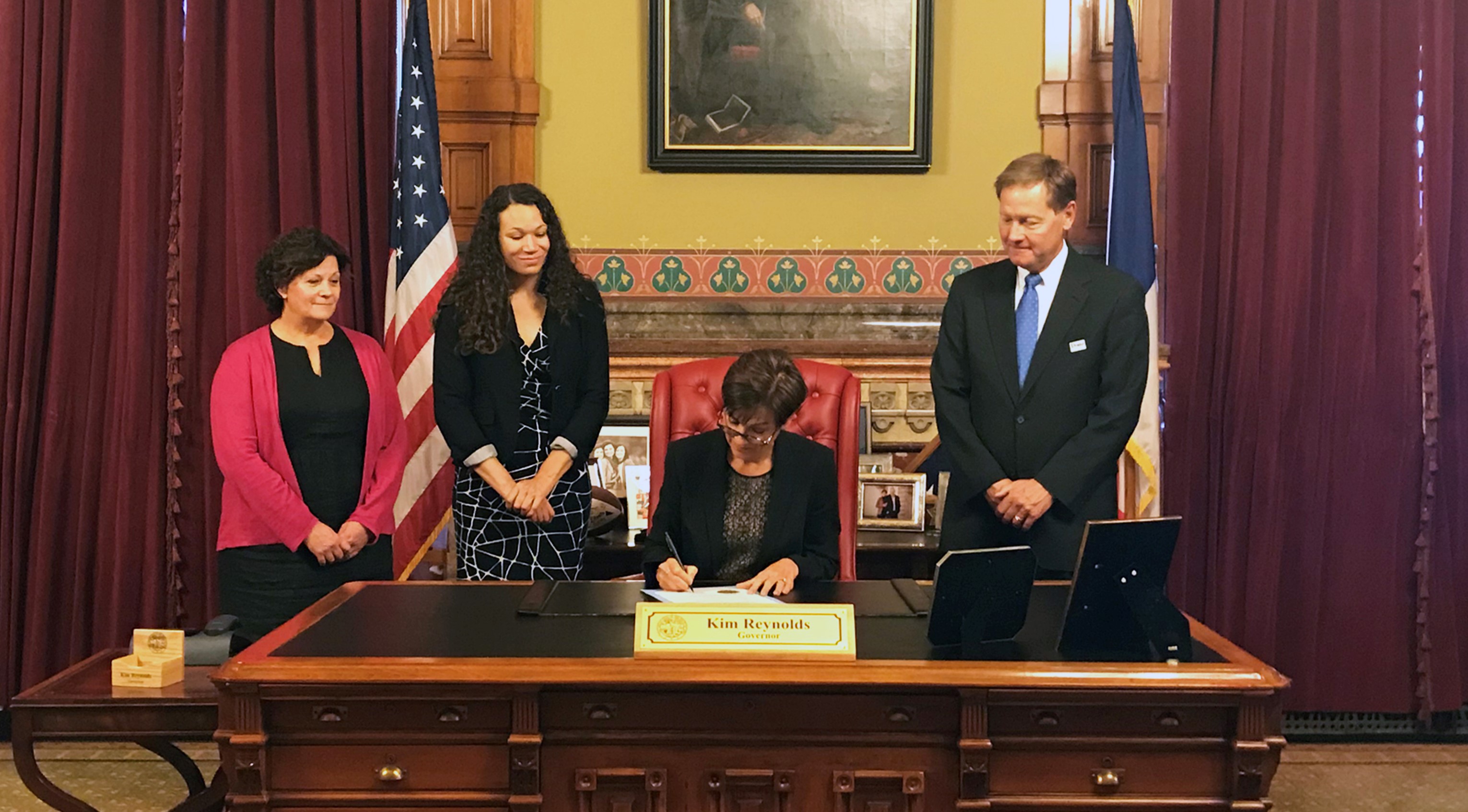