The short answer, of course, is Susan Clark. Read Drake Professor Emeritus Russ Lovell's full response to Makena by clicking the question above.

This Iowa Public Television clip (2:37) from the documentary Lost in History: Alexander Clark briefly introduces the historic nature of this case.

Russell Lovell, emeritus Professor of Law at Drake University. was the featured speaker for the 2020 Alexander Clark Day lecture. 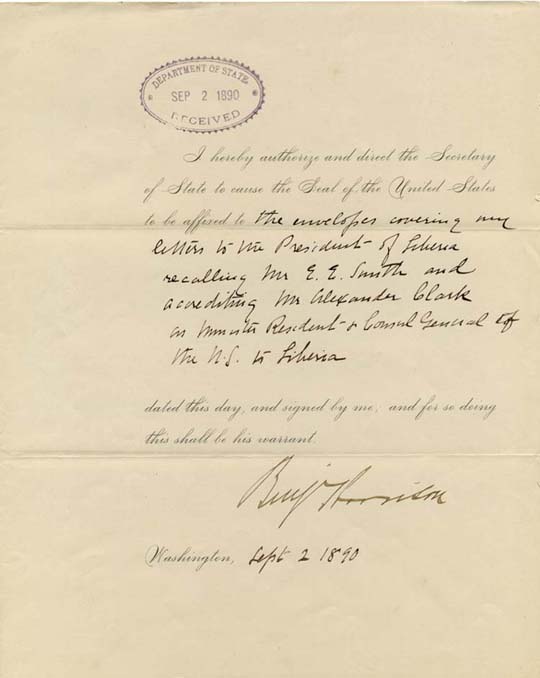 Alexander G. Clark, Sr., successfully sued the Muscatine schools to allow his daughter Susan to attend the all-white school next door to the family home. Before that, Clark had already worked for years as an outspoken advocate for black suffrage and the elimination of discriminatory laws.

Clark's son Alexander, Jr. became the first African-American graduate from the University of Iowa School of Law (in 1879), and Clark himself was graduated from the school in 1884, eighth in a class of eighty.

In 1890 President Benjamin Harrison appointed Clark U.S. consul general to Liberia. The appointment letter is pictured to the right.

Learn more about this ground-breaking Iowan: